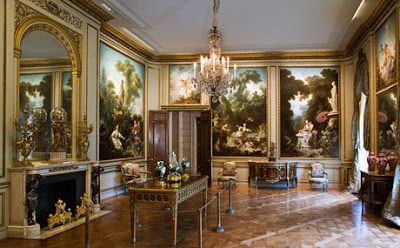 We said it: the Upper East Side has the best museums in the world. No other place on earth has as many incredible institutions as we do in a single mile. From the world’s leading collection of Impressionist art (MET) to quirky design in a restored mansion (Cooper Hewitt), we’re lucky to be so close to such incredible art. With the recent opening of the MET Breuer, there is no better time to see art in NYC!

While many of the museums are
conveniently located within walking distance from 1871 House, all are a
quick taxi or subway ride away.

Founded in 1870, this is the
largest art museum in the country, and also the most visited. Like all of the
MET locations, admission is pay what you wish. This is the place for amateurs
and connoisseurs alike. Be sure to check out the numerous events going on
at the museum. 1000 5th Ave.
MET Breuer
The new modern and contemporary art expansion of the MET takes its name from
the architect who designed the building, Marcel Breuer. If you’ve successfully
learned all about the canon at the MET’s 5th Ave location then look no further
then the Breuer to acquaint yourself with living artists’ works.  945 Madison Ave.

The Frick Collection
Coca Cola and the steel industry helped make Henry Frick a very wealthy man, but you
would be hard pressed to find evidence of the two in the aesthetics of his
art collection. At his death in 1919 Mr. Frick bequeathed his collection
to the public for the purpose of “encouraging and developing the
study of the fine arts.” With painters featured like El Greco, Bellini,
and Vermeer, Frick’s collection serves its purpose well. 1 East 70th St.
Society of Illustrators
If the MET and the Frick feel over-worn or stodgy then you might like to go to
the Society of Illustrators to see a range of illustrative works, decidedly
lighter in character then the aforementioned collections. On Tuesdays there is
‘Sketch Night” where nude models pose to live music accompaniment and a
small plates buffet. It’s just around the corner from 1871 House.  128 E
63rd St.
Guggenheim Museum 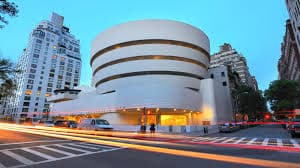 Originally conceived of as a ‘temple of the spirit’ by Frank
Lloyd Wright, the building itself might garner more attention in the popular
imagination than the artworks themselves. Its inverted ziggurat shape gets
wider towards the top and will make visiting this museum a real treat. With paintings by the likes of Klee, Calder and Van Gogh, the
collection is superb as well. 1071 5th Ave.
MoMA
Okay, so the Museum of Modern Art isn’t on the UES but deserves a spot on our list nonetheless. It’s widely known as the world’s premier destination for modernist art, including Dali’s “The Persistence of Memory” and Van Gogh’s “Starry Night.” Spend a few hours exploring the permanent collection and the many fabulous temporary exhibits. 11 W
53rd St.
El Museo del Barrio
On the northern end of Museum Mile, El Museo specializes in
Puerto Rican, Latin American, and Caribbean art. Drop by on
a “Super Sabado” for free admission to see the art, or go to a concert in
their spectacular theater. 1230 5th Ave.

Museum of the City of New York 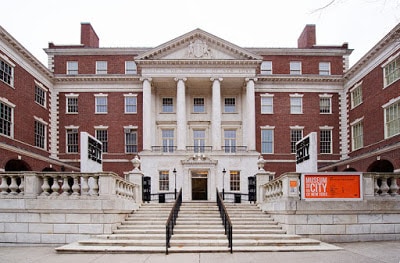 Make an afternoon of art be visiting El Museo del Barrio’s neighbor, the Museum of the City of New York.  It began as a way to preserve the history and culture
of the people of New York. If you love NYC, this might therefore be a good
place to go. 1220 5th Ave.
The Jewish Museum
The Jewish Museum has the largest collection of Jewish
art and culture outside of Israel. With the recent opening of a Russ
& Daughters inside the museum, you neither have to be artsy or cultured for
a reason to visit. 1109 5th Ave at 92nd St.
Mount Vernon Hotel Museum & Garden
Dating back to 1799 when it was
built as a carriage house, the Mount Vernon Hotel Museum & Garden was converted
into a museum in 1826 and has been awing visitors ever since. Step back into a
time and imagine life in New York City in the 19th century by viewing the eight
fully furnished rooms and garden. 421 East 61st St.
Cooper Hewitt, Smithsonian Design Museum 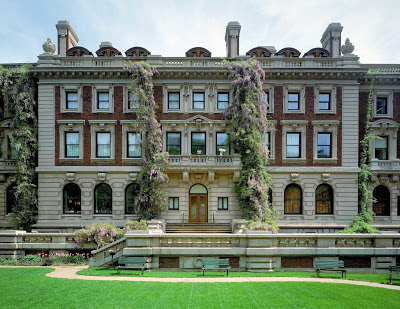 Smack in the middle of the
Guggenheim and the Jewish Museum on Museum Mile, the Cooper Hewitt  is the only museum in the U.S. devoted to historical and contemporary design. Housed in a gorgeous mansion dating back to 1896, the Hewitt’s
original inspiration came from the Musée des Arts Décoratifs in Paris. 2 E 91st St.

“I love all the interactive features of this museum. It’s fun for both kids and adults!” – Briana, 1871 House

Housed in a classic 19th-century brownstone on an inviting, residential street near Central Park, shopping and museums, 1871 House consists of seven apartment style suites. Uniquely, 1871 House offers both the intimacy of a Bed and Breakfast and the privacy of a traditional hotel. A stay at 1871 feels much like time spent in a personal Manhattan apartment.